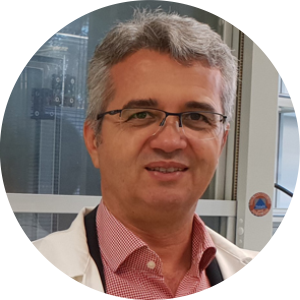 WG 2 - Materials development, their processing and characterisation, and computational studies

Dimitrios Bikiaris is Professor at the Chemistry Department of Aristotle University of
Thessaloniki. His research interests include the synthesis and characterization of polyesters, the development of polymers using biobased monomers, copolymers and nanocomposites.

His scientific work has been published in more than 380 scientific papers with about 14500 citations and h-index 64 (scopus). He has participated in about 55 national and European research projects, in 30 of which he was scientifically responsible. He has also written 4 chapters in international scientific books and he holds 2 Greek and 15 international patents.